What Kind of Dog is Toto In Wizard of Oz? 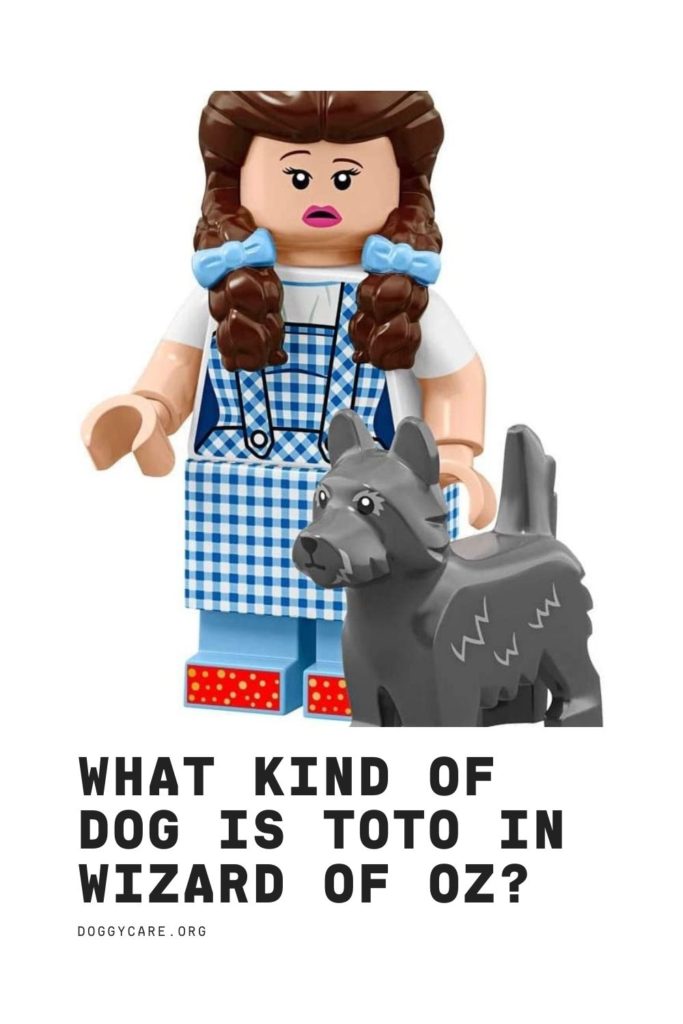 What kind of dog is Toto in Wizard of Oz?

Probably most people that you speak to will remember MGM’s “The Wizard of Oz” (1939). The film became a classic before many of us were born. I did grow up watching in (in the days before DVDs, or even VCRs). It was a once-a-year event in our house: NBC used to show it on Easter.

My family loved it so much that we adopted a small dog that had wandered a local Veterinarian office. He looked just like Dorothy’s dog Toto and we took him home. We named him… well Toto, of course. Actually, because of our heavy New England accent, we spelled his name Todo.

My Todo was very similar to Dorothy’s Toto from the movie. He was fairly small, with long hair. He was what they call “brindle,” which means he had sort of a striped pattern of browns and blacks mixed in his coat. My Todo had a bit more black than Dorothy’s.

He was also friendly and loving but could be fierce when confronted with “threats” to our house from the mailman and random electrical meter checker. In fact, he sounds similar to Toto from the movie. I know the script for “The Wizard of Oz” was based on L. Frank Baum’s classic book, but I wonder how much of what appeared on screen came from the “actor” playing Toto.

What type of dog is Toto?

The dog playing Toto in “The Wizard of Oz” was a female Cairn Terrier. Her real name was Terry (more about her later). Cairn Terriers come from the Scottish Highlands, where they hunted among the cairns (large piles of rock). Among other things, they were ratters. The breed still carries this trait: my Todo put fear into the hearts of mice far and wide.

Characteristics for this breed of dog

Their brindle pattern can be strong, giving a distinct striped effect. It can also only really appear when you lift their coat and look under the hair. They often become more black and silver as they get older. My Todo lived to be about 16 was appeared black with a sliver tinge at the end of his life.

They generally have short, wide heads and are often only about 10 inches high. Their coat is shaggy. They are also usually intelligent (like most dogs that are used for hunting). They are alert and spirited, but also scrappy and pushy. Their heritage includes hunting down foxes (and other prey) in Scotland so it is no surprise they are scrappy. They are great family dogs because they generally like children. They like to be very active and love playing. My Todo used to climb to the top of a large boulder in our yard (about five feet up) and position himself to bark at birds.

Who is the canine behind Toto in the movie?

Terry was the dog who played Toto in 1939’s “The Wizard of Oz.” The producers only had a bit to go on when they were casting the role. In the book, L. Frank Baum described Toto as a “little black dog” with “long silky hair.” The original illustrations in the book certainly make him look like a Cairn Terrier.

Why was a Cairn Terrier chosen?

I like to think though, that when they were casting the movie, they considered the “character” of the dog for the role. They needed someone who was small and friendly but could also be ferocious. The dog also needed to be able to “act.” He would need to have the energy to make it through long shooting days. The Cairn Terrier fit perfectly, snuggling comfortably in Dorothy’s arms, or fleeing the Witch’s castle to seek help.

Terry was owned by dog trainer Carl Spitz. He provided trained animals for several Hollywood films. Terry was about five years old during the time they filmed “Oz.” She was injured when one of the Witch’s Winkie Guards broke her foot by stepping on it. Fortunately, she healed up and was able to continue in the film. Actress Judy Garland loved Terry so much that she wanted to keep him after the movie was over. Carl Spitz couldn’t give him up though. It might have helped that as an “actor,” Toto was earning money. It is rumored that he actually made more than the Munchkins.

What happened to Toto after the 1939 movie?

Terry died at age 11 and was buried in not far from Hollywood in Studio City. Her grave was lost when a freeway was constructed on the land. Today there is a small memorial for her in the Hollywood Forever Cemetery in Los Angeles.