What Kind Of Dog Is Snoopy? 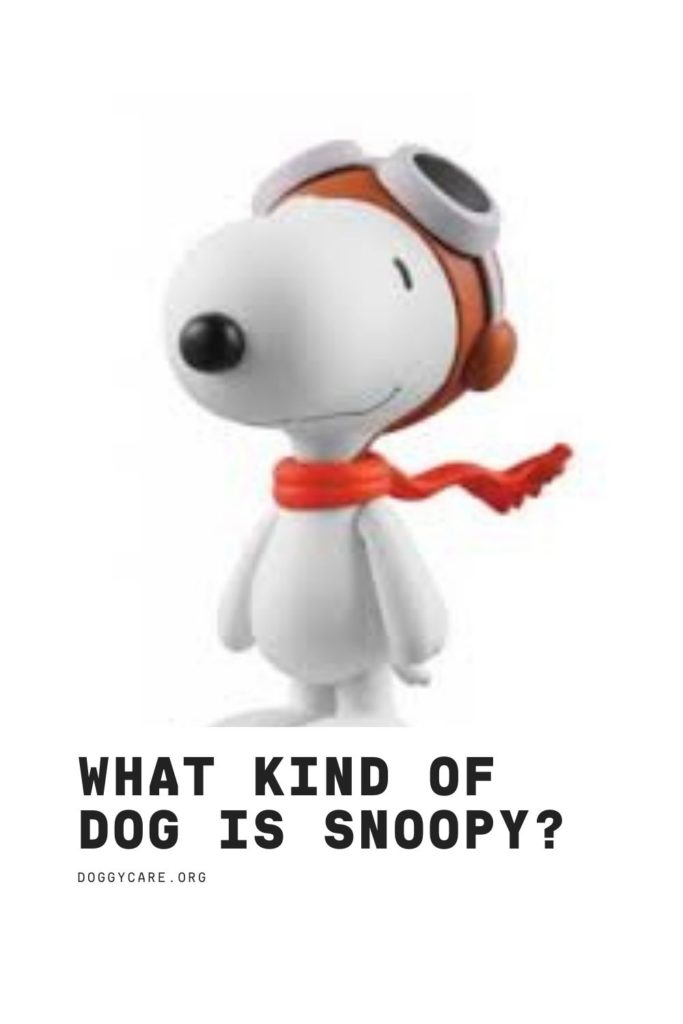 What Kind Of Dog Is Snoopy?

If you are a fan of newspaper comic strips, chances are that you know about the series called Peanuts.

Peanuts is an American comic strip series written and drawn by Charles M. Schulz. The comics ran from October 2, 1950, all the way to February 13, 2000. The comic is centered around a group of children and their daily misadventures. The comic is known for its psychological humor and character-driven stories. Aside from comics, Peanuts is famous for its TV shows and movies.

One of the most famous characters in the comic, and is arguably more famous than the protagonist Charlie Brown, is the black and white dog named Snoopy. Snoopy first appeared in the 50s and has since been the staple of the series. In this article, we’ll talk about what kind of dog is Snoopy, as well as his history, and whether or not his breed will make the perfect companion for your household.

What Breed Of Dog is Snoopy?

Snoopy is an anthropomorphic Beagle. Although he looks nothing like your typical brown-white-and-black Beagle, Snoopy was confirmed to be one during a 1960s strip.

People find Snoopy as the perfect representation of a Beagle. In fact, if there is anything to take away from this article here, it’s that Snoopy fits the mold of what a Beagle truly is. Snoopy is loyal, energetic, intelligent, occasionally gluttonous and lazy, and an overall loving dog.

Beagles are small hound dogs that first came to America during the 1870s. They were later recognized by the American Kennel Club in 1884. Today, the Beagle is one of the AKC’s most popular breed, ranking number three in “America’s 10 Most Popular Dog Breed List.”

The Interesting Story Behind Snoopy

Snoopy’s origin is tied back to Schulz’s childhood.

Snoopy was based on a dog named Spike. Schulz owned Spike when he was 13 and said that the dog had the same black and white color that Snoopy has. Schulz had shared fond memories of his dog in his celebratory book “Peanuts: A Golden Celebration.” His first ever drawing of the dog was also published on Ripley’s Believe It or Not on February 22, 1937. Spike died after Schulz came home from WWII.

As for Snoopy’s name: It actually wasn’t originally Snoopy. As a matter of fact, Snoopy’s name was originally going to be “Sniffy.” However, someone had beaten Schulz to the name, so he decided to change it. Lucky for him, he remembered his mother’s suggestion of naming the new family dog “Snoopy,” and so the name stuck around.

Will The Beagle Be the Type Of Dog That Suits Your Home?

The success of Peanuts came very quickly, as more and more people tuned in to read the comics. The popularity of the series was exponential, and among all the characters, Snoopy received the most love. If you are a dog lover and a Peanuts fan, you might be interested in adopting a dog like Snoopy. Beagles are very famous and they are loved by millions of people. It’s no surprise that it’s the perfect choice for new owners.

Beagles are cheerful and friendly dogs who love to socialize with humans and other dogs. Because of their relatively small-to-medium size, Beagles fit right in with houses as small as apartments. They are easy to care for and groom. But a fair warning: They can gain weight easily because of their love for eating.

Beagles require plenty of exercise because they are energetic dogs and are very playful. They are also intelligent enough to be trained for tricks, sports, and proper behavior. What’s great about the Beagle is that they have a relatively long lifespan, lasting an average of 10 to 15 years.

Beagles are great dogs for people who want a fun-loving, lively, and happy companion. They are great indoor, don’t shed as much as other furrier dogs, and are very quiet. If you are picking out a dog for the family, maybe the Beagle is the right choice for you.

Bottomline : This Type of Dog is Great For Family

Snoopy has become the most iconic Beagle in media history. He is loved by millions of kids and adults alike, he is the most iconic character in Peanuts, and he is a great representation of the Beagle breed.

Beagles, in real life, are great dogs if you are looking for a lively, sociable pup. Beagles will make for a great companion for any family looking for a new pet. They are somewhat easy to care for and are very loyal to their owner.

Finding the perfect dog for the family is quite a hard decision, but the Beagle is definitely on the list for plenty of people. Just make sure they don’t try to turn the dog house into an airplane.