What Kind Of Dog Is Beethoven? 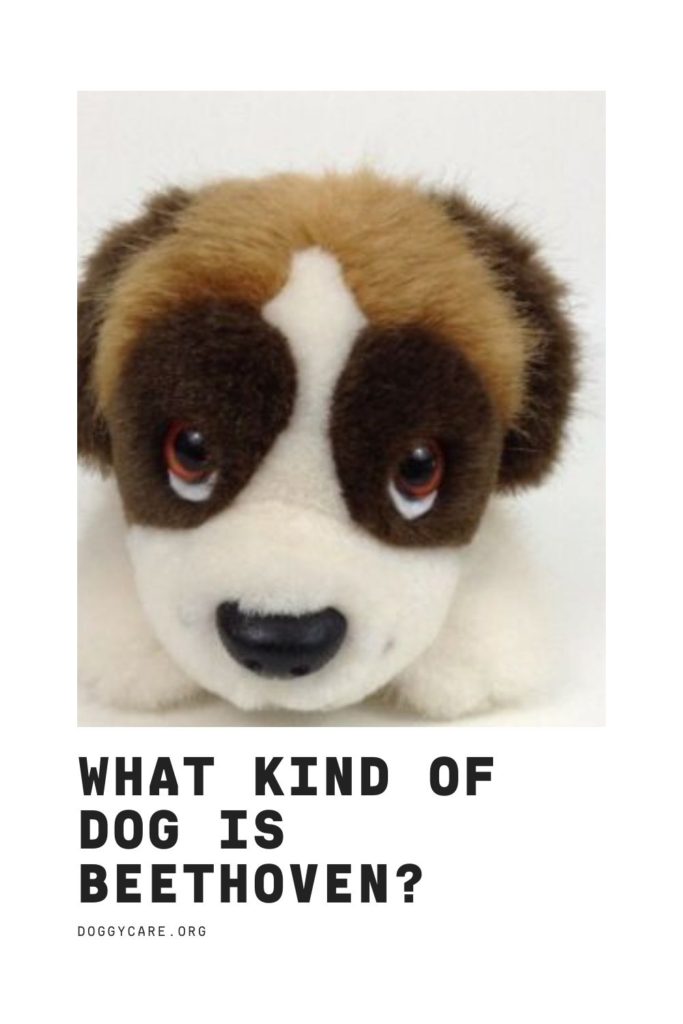 90s kids might recall the movie of a family dog named Beethoven. Beethoven is a film franchise that first started in 1992 and was originally directed by Brian Levant. It stars the titular character Beethoven, a dog that was adopted by the Newton family. Beethoven is a clumsy, yet caring dog, and he has won the hearts of many moviegoers. While movie critics only gave the movies a so-so review, people still fondly look back at this canine’s adventures.

Lots of people might want to adopt a dog like Beethoven. He’s a gentle giant that’s full of energy and is perfect with kids. So what kind of dog is Beethoven in the Beethoven movie, and is his breed the perfect one to bring home today?

What kind of dog is Beethoven in the Beethoven movie?

Beethoven is a Saint Bernard dog with white fur and brown marks. This iconic furry friend was described by one of his trainers, Teresa Miller, as “being lazy and drooly and hanging around the house”.

The type of dog originally planned

Originally, Beethoven wasn’t even going to be a Saint Bernard. During the scripting of the movie, the role was originally intended for a Golden Retriever, a more active and agile dog. But after some persuasion, the movie crew continued using a Saint Bernard dog. In the end, the film did a good job depicting what life is like living with the adorable canine.

Who is the Canine Actor Behind Beethoven?

Chris the dog first began acting as the iconic Beethoven when he was two years old. Sadly, Chris passed away when he was 12, slightly above the average lifespan of 10 years for Saint Bernards. Chris was only able to star in both the first and second movies. For the other films, other dogs were able to fill in the spot, including three different dogs named Benz, Dolly, and Boomer, all of which fulfilled different roles for Beethoven’s character.

What is the Saint Bernard Breed?

A lot of people were introduced to the loveable and playful side of the Saint Bernard breed after this movie came out. Saint Bernard is a breed of rescue dogs that were originally bred in the Swiss Alps and the Italian Alps. Thanks to their stocky build and wooly fur, Saint Bernard dogs are great for traversing through thick snow. They were tasked to rescue lost and injured travelers and to bring them back to safety. And while it is a myth that these dogs carry alcohol in tiny kegs around their neck, these dogs are still regarded as heroes among the mountains.

These days, the Saint Bernard breed is not used that often for searching people stuck in the alps anymore. Instead, you can find these big dogs in the household of many different countries. Saint Bernard dogs are now more popular as house dogs than they are rescue dogs. And thanks to the movie Beethoven, their popularity is still talked about to this day.

Is the Breed Perfect For My Home?

Saint Bernard dogs are best at being companion dogs. They score very high in friendliness and are affectionate to families, children, friends, and even strangers. Saint Bernards are generally good-spirited and playful. They aren’t as energetic as other breeds but they can work well if you are more laidback and always go with the flow.

With that said, Saint Bernard dogs can be a little tricky to get to adapt to new environments. They are very sensitive dogs and are not the best in hot weather. Because of their thick fur, it’s better to have a Saint Bernard if you live somewhere with a cold climate. Saint Bernards are also hard to train. Sure they might be intelligent, but their lethargic demeanor can leave you hanging. Furthermore, with a coat as thick as a Saint Bernard, you’ll be going back to the groomer every now and then.

If you have a big home with well-behaved children who loves to play with a big, gentle dog, then a Saint Bernard might be perfect for you.

Beethoven will go down as being one of the classic dogs in movie history. He has spawned eight movies and is a household name for dog lovers. Beethoven is an affectionate Saint Bernard, and is considered the most famous representative of his breed. While Saint Bernards may not be as energetic or as adaptive as others, they are the perfect pet for the family as long as you know how to treat them and love them.